In 2020, the You First Foundation was fortunate enough to be able to award 10 scholarships to qualifying students who have experienced a traumatic medical event at some point in their lives. In total, the foundation has donated over $45,000 this year in scholarships and local funding efforts for groups like Healthbridge Children’s Hospital and Houston Children's Charity. Your support truly makes all the difference.

Thanks to the support of community members like you, the You First Foundation was able to award scholarships to 10 deserving students in 2020. Get to know the winners! 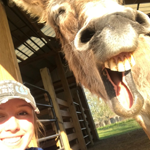 After losing many of her belongings during Hurricane Harvey in 2017, Alexandra Baccinelli was shocked when her mother suffered from a seizure and was later diagnosed with a brain tumor. After her mother had surgery to remove the tumor, Alexandra took on many of her mother’s duties around the house, including care of her little sister, cooking, cleaning and running errands, all while attending school. This experience taught Alexandra coping skills, how to manage her emotions during difficult times and how to offer support to others. Sadly these skills came into use when an active shooter came onto her high school campus on May 18, 2018 in Santa Fe, TX. During that terrible experience, Alexandra was able to be there for her friends and community members. Those who know her say she has a wonderful personality, which was displayed through her involvement in her high school’s bowling and sewing clubs as well as her participation in the National Honor Society. She is also an active volunteer at Habitat for Horses. Alexandra plans to earn her Associates Degree from the College of the Mainland in Texas City. 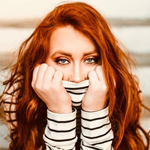 When a silly stunt led to her brother passing out and sustaining head injuries at school, Kelleigh and her family were forced to deal with the aftermath not only of his accident but his mental health struggles, as well. Nevertheless, Kelleigh has used her family’s challenges to grow stronger, to cultivate a positive attitude, to rely on her faith and, perhaps most importantly, to learn how to cope with whatever life throws at her. She’s put those skills into action through numerous blood drives through her years in Girl Scouts, an activity that gives her purpose and fulfillment. Described as a “hard working self-starter,” Kelleigh is a student at McMurry University, where she played softball and earned a spot on the Dean’s list while working part time. Kelleigh enjoys modeling. In Kelleigh’s senior year of high school, she had the highest batting average with runners in scoring position of .625, and second batting average overall of .556 on her softball team. She has plans to earn a Bachelor’s of Science degree in Nursing in 2023. 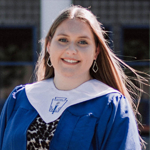 Kayla Coffman was born with one kidney, a significant medical condition with lifelong implications. However, she’s taken that challenge and the multiple surgeries and medical procedures that go along with it and let them fuel her passion to one day become a circulatory nurse at Texas Children’s Hospital. Overcoming her health problems has always been Kayla’s goal. Denied a spot on her high school basketball team because of her medical issues, she instead found her way to her school’s Future Farmers of America club, even rising to the rank of president. What’s more, she was able to participate in the Houston Livestock Show and Rodeo’s calf scramble by training for and earning a certificate which allowed her to purchase a steer, a goal her health issues might have otherwise derailed. Described as “well-rounded” and “responsible,” Kayla has plans to attend Lone Star College to earn an Associate’s degree in Nursing and then on to the University of Texas at Arlington for a Bachelor’s degree in Nursing. 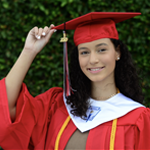 When she was born, Yousra’s mother developed postpartum cardiomyopathy, leaving her with a weakened heart. Over the ensuing years, this led to continuous health problems. When Yousra was just 10, her mother developed a pulmonary embolism, resulting in two heart attacks and, eventually, a brain injury. Through all her mother’s trials, Yousra has been by her side, giving care and help as best she could, including bathing her, administering medication and checking her vitals. Her challenges also inspired her to volunteer at her local food bank and hospital, comforting and helping those suffering from medical traumas.
Her teachers call her “passionate,” “empathetic,” and “kind.” At school she played softball and was a member of the National Honor Society among other activities and achievements.
She has plans to attend the University of Southern California where she will pursue a Bachelor’s of Science degree in Biochemistry. 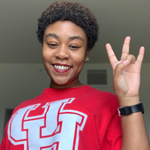 After a routine back surgery, Jordan Reed’s father’s recovery didn’t seem to be going as it should be. Though doctors assured his family he was fine, Jordan and her mother noticed behavior and physical changes in her dad, eventually leading him to be diagnosed with bacterial meningitis leading to a brain aneurysm. Though her father is now on the road to recovery, Jordan said the experience has given her perspective, taught her that nothing in life is guaranteed and has helped her to effectively manage stress. She also appreciates being able to spend more time with her father, who was often away on business trips before he fell ill.
Following this medical event, Jordan trained to receive a certificate for the COVID-19 training program in Houston. She also urges her church community members to better monitor their own health and the health of their loved ones. Currently, Jordan is involved in many hobbies which include, tutoring, singing, modeling & dancing. Labeled “sincere” and as someone who “enjoys learning” by her professor, Jordan is a student at the University of Houston where she is working to earn a Bachelor’s of Science in Psychology and Mathematics. 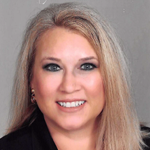 At 44 years old, Dana Walker is not letting age get in the way of earning her doctorate degree, just like she didn’t let a child born with severe autism and other medical conditions stop her from fiercely advocating for her son to ensure the best treatment, therapies and schooling he needed to move forward. Now that her son is 15, Dana continues to work full time while taking online courses to earn her PhD in Educational Law from Liberty University. Dana hopes to use her advanced education to start an advocacy agency for families with special-needs children.
She sits on the board of directors of Hope for Three, a non-profit organization which helps families who deal with an autistic child. Colleagues talk of her dedication to special-needs families and her willingness to go “above and beyond” her normal duties, including assisting in the comprehension of confusing paperwork and working on nights and weekends if necessary. 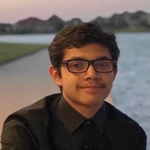 When his dad suffered a stroke on the job, Adrian Chapa found himself in the tough spot of having a sick father and a handicapped mother. What’s more, before the medical event, his father had been the family’s sole breadwinner and his stroke put extra strain on Adrian, who wanted to do what he could to help his family. So, he gamely took on new roles within his home, helping out with errands and chores and even finding a job to help pay the bills. Now, over time, Adrian’s father’s condition has improved and he’s able to carry on simple conversations and has regained the ability to walk with medical equipment. Unsurprisingly, Adrian has learned a lot from his father’s stroke and the aftermath. Adrian has a greater appreciation for the simple things in life, things he vows to never again take for granted. At Lone Star College, Adrian hopes to earn a Bachelor’s degree in Social Work in 2022. 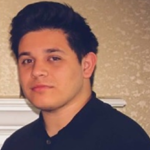 When his family faced a medical crisis, Sergio Chapa along with his brother, Adrian met the moment head on. His father was working out of town when he suffered a stroke, and Sergio rushed to his side. This unexpected medical incident forced him to grow quickly as a person, learning accountability along the way. In fact, it’s that accountability which helped him to put aside his initial plans to attend Texas State University and stay home to help his family. Now as a gymnastics coach and student at Lone Star College with plans to earn an Associate’s degree in Applied Sciences, Sergio hopes to work as a physical therapist with the goal of helping others recover from traumatic injuries just as his own father works to do. Described as “respectful” and “kind” with a “high sense of morals,” Sergio takes his cues from his parents, whom he considers examples of hard working, successful people. 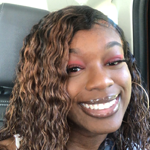 To say her grandmother’s passing from stage 4 breast cancer shaped Susan Odigie’s life would be an understatement. A native of Nigeria, Susan’s grandmother came to live with her in 2016, and the two soon became exceptionally close. Watching her battle with cancer and eventually losing her to the disease was a shock to Susan, but she’s also turned her grief into determination to realize her dreams of attending college despite the financial hardship her attendance would put on her family. Not taking anything for granted and wanting to pay homage to her grandmother who helped shape her identity and secure a future for her family in America, Susan works two jobs to contribute financially and to pay for her schooling. Described by her high school chemistry teacher as “determined” and “focused” with a “positive outlook on life,” Susan plans to study business at Collin County Community College.

While teaching youth orchestra in junior high school, Linden Williamson was struck suddenly with slurred speech, drooping on one side of her face, limited mobility on one side of her body and a debilitating migraine. After a rushed trip to the hospital, she was diagnosed with severe hemiplegic migraines and was put on medication. For a few months the treatment worked until one morning she found herself unable to move or feel her body below the waist. This episode led to an undiagnosed medical condition, skeptical doctors and years of a variety of illnesses and physical deterioration that eventually landed her in a wheelchair. Determined to get better, Lindon traveled to Georgia to receive treatment at a leading rehabilitation hospital. It was there she finally was diagnosed with a spinal cord injury resulting from her immune system attacking the fibers of her spinal cord at a microscopic level that prior imaging had not discovered. Immensely relieved, Lindon focused on walking again and does now with the help of leg braces. Despite four years of physical therapy, she was able to finish high school and then move on to a stint as a physical therapy intern. Called “intelligent, determined, motivated and grounded,” Lindon has plans to attend Texas Lutheran University and pursue a Bachelor’s degree in Integrated Sciences and Psychology with future plans of becoming a doctor.